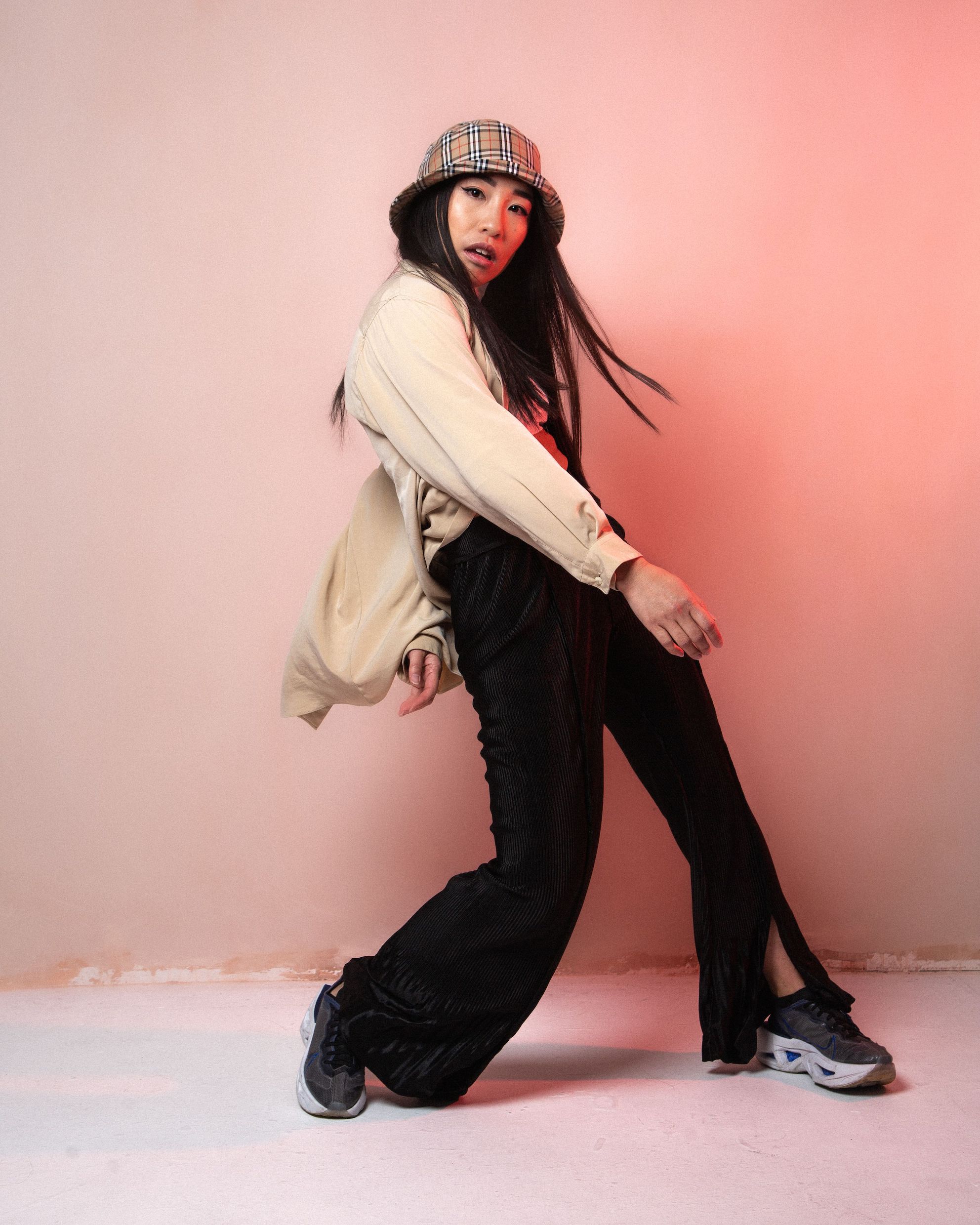 Steph Lee was sitting in the 02 preparing to get on stage to dance in Ed Sheeran’s opening performance at the Brit awards, when she had a moment.

“I had Adele literally two metres to my left and Olivia Rodrigo two metres to my right, knowing I was about to go on stage for Ed Sheeran, and I thought to myself, ‘wow, I’ve made it’,” she says.

Steph describes the three days of rehearsing earlier this year, leading up to the event itself; a spectacle involving pyrotechnics, flying dancers and a surprise appearance from British rock group Bring Me the Horizon, as “epic”.

“That was the first time that I actually felt like I had made it in the industry,” she says. “I was just trying to soak it all in.”

For Steph, a third-generation Chinese Kiwi hailing from Wellington, dance has always been a big part of life. She’s grateful to have been brought up with her culture, she says, having grown up speaking Cantonese and starting in Chinese dance lessons when she was just four.

Steph tried her hand at jazz dancing before finding her niche with hip-hop, eventually joining a street dance crew at the age of 13. Steph was in the dance crew, Emerge, during high school and then went under The Company NZ (TCNZ) where she later became Assistant Creative Director.

Over the course of her high school and university career, and during Steph's time in the crews in Emerge and at TCNZ, she went to Las Vegas for the annual World Hip Hop Championship six times.

Dancing at this level while teaching hip-hop, completing a conjoint fashion and business degree at Wellington’s Massey University, and working as an intern for designer Lucilla Gray didn’t allow Steph a lot of free time.

Upon completing her studies, Steph found herself caught between her love of fashion and dance; not willing to give up the latter but recognising that it “wasn’t really a career” in New Zealand at that point in time in the commercial dance path that she wanted to take.

It was a catch up with a friend who had recently come back from London, that sparked a certain feeling in Steph, a kind of “intuitive” excitement, she says.

“I listened to my gut and it just felt right,” she says.

In the summer of 2018, she and her then boyfriend, now fiancé, Sean, packed their bags for a move to the UK.

Steph launched herself into the hustle, which in London’s arts sector, she says is “very real”. Quickly realising it was all about who you know, Steph worked on getting herself in front of the right choreographers and casting agents in order to make an impression where it would count.

Going a little above and beyond with people, whether this be staying behind to thank someone for an opportunity or being the first one in a dance studio for an audition, goes a long way in making contacts and securing opportunities, she says.

“I always do my best to give every reason for people to say yes, instead of no.”

Around six months into her time in London, Steph was signed by the agent who has set up a large proportion of her work. She had her first big break soon after - being selected to perform with Grammy nominated artist Bebe Rexha during her UK & Europe performances.

A King’s Day show in Amsterdam was on the cards, as well as Tomorrowland in Belgium - an experience Steph says is a “highlight” of her career to date.

“There was so much energy and adrenaline. I remember when we came off stage, I felt as though I’d just sprinted for about half an hour,” she recalls.

It was a full-on time for Steph, who went straight from the festival to filming for Everyone’s Talking About Jamie, a movie adapted from the famous West End show.

Having ticked off an impressive number of the things on her “vision board” in 2019, Steph had hoped 2020 would be another year of great strides in her professional career - until Covid hit.

The number of available jobs dropped, while the experience of auditioning, rehearsing and networking shifted dramatically. The industry has largely opened back up with the dropping of restrictions and the return of live performances, but it seems likely that some aspects of the “new normal” such as testing is here to stay for some time, she says.

Looking ahead, Steph says New Zealand is her home, but she has plenty left to achieve over this side of the world before she leaves London and everything it has to offer, behind her.

“I want to show my peers, and all my old students, that if I can make all of my dreams come true then you can too,” she says.

Connect with Steph on LinkedIn or take a look at her website.