In her mid 20’s, Daniella did what so many of us curious Kiwis do - she packed up her life to move across the world. Armed with a two-year working visa, she headed off to London, with the desire to travel Europe and live in “one of the most exciting cities in the world”. Fast forward 11 years and Daniella is still proud to call London her “home away from home”. 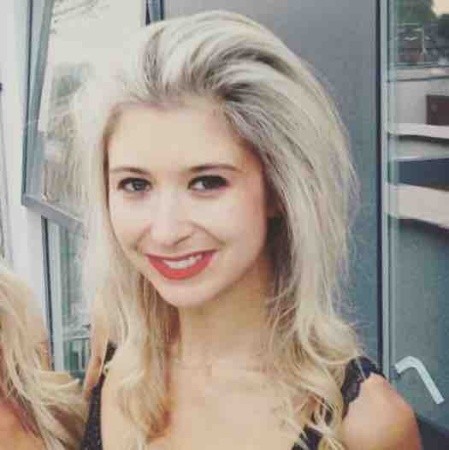 Growing up, Daniella said she didn’t have a dream career. “I decided very last minute what University I wanted to attend and what to study,” she said. She was living in one of London’s Kiwi hotspots, Fulham, surrounded by a great network of friends and working for a magic circle law firm, when she decided to make a change. She stepped away from her job as a foreign qualified lawyer, for a new career path to work in digital marketing. It was these skills in law and marketing that Daniella eventually carried through into her very own business - Pēpi Collection.

When asked if running her own business was ever on the cards - yes, was the straight answer! Coming from an entrepreneurial family, Daniella was drawn to starting a business for many reasons. A few of which included “being able to work in a creative environment, developing more of an interesting lifestyle, being responsible for and seeing the growth first hand, and never having to ask for permission to take time off for her family”.

It wasn’t until Daniella and her husband were pregnant with their first daughter that they attended an NCT group (antenatal group) and had a ‘lesson’ in modern cloth nappies. Curiosity kicked in and they started to explore more sustainable nappy options, learning that families would often churn through 6,000 disposable nappies for one child alone. Daniella said her main driver for using modern reusable nappies was to reduce their household waste - with more than 5% of it consisting of single use nappies!

Research has shown that it can typically take 500 years for a nappy to completely decompose. “If Shakespeare's mum had put him in disposables, they’d still be in a West Midlands rubbish dump!” Daniella said. With reusable nappies being a lot more mainstream in New Zealand and Australia, Daniella then saw an opportunity to promote the concept to new parents and grow the industry in the UK.

Despite Pēpi Collection only being 6 months old (after a delayed launch in August last year due to the pandemic), the company has achieved a considerable amount; from brand partnerships, design, product development/creation and expanding their reach and message to new parents about the benefits of reusable nappies. Daniella explains, she was not hesitant about launching the business in the pandemic, as most parents had the opportunity to try something different (give modern cloth nappies a go!) due to the new ‘work from home’ status. “With families increasingly hesitant around visits to the shops, having a stash of cloth nappies at home meant never running out” she says.

Daniella’s inspiration behind the name Pēpi (‘baby’ in Te Reo Maori), comes from the brand’s focus on babies and “the incredible bonds they form in those first few weeks of life, with the people who love, nurture and protect them”. Having a ‘cool little toddler’ and 6-month-old herself, this is an ethos that Daniella can truly say she lives and breathes.

The Pēpi Collection nappies are not only good for the environment and save you money, they can also look cool too! Working with an artist to bring the designs to life, Daniella was influenced by her Scottish roots and took the Anderson family tartan as inspiration for the design, ‘Highland Fling’. She also drew on childhood memories of hand-carved potatoes to create ‘Potato Stamps’.

In terms of advice that Daniella would pass on to anyone looking to start their own business, she says to “work with a good accountant and have a great product!”. Daniella is most proud of the Pēpi Collection product explaining “it’s easy to use, absorbent, fast drying and fashionable”. She is also clear on not advocating an “all or nothing approach”, supporting a gradual transition with a few reusable nappies in the home to save on plastic.

While most of Daniella’s original Kiwi contingent have returned back to New Zealand, Daniella and her husband (who is from Sweden), still consider London to be their ‘home away from home’; surrounded by a brilliant community of young families and living in the heart of ‘Nappy Valley’ in south west London. Daniella also explains, “I've had great support from KEA NZ, and I've found the 'NZBWN Friday Start-up Club' to be helpful”. Annual trips back to New Zealand keep Daniella connected, along with summer BBQ’s, music by New Zealand artists and reading books to her kids by classic Kiwi authors.