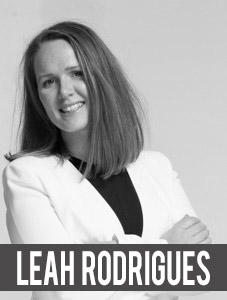 Founded in February 2014, Holi Studios has sought to bridge the gap between the sewing programmes run by Siem Reap-based charities, and the lack of stable employment following their completion, the idea for which came whilst Leah was working for a charity in Siem Reap in 2011. Leah observed that the limited availability of long term work (or even skill-based training), combined with “no questions asked” charity hand-outs, meant that a new generation of Cambodians were appearing to develop a "sense of entitlement", something which she struggled to reconcile with her “hard working” Kiwi upbringing and wanted to set about righting.

After winding up her charitable work in the region, Leah returned a year later to reconnect with the community. She also took the opportunity to further discuss with locals if the need she had felt the previous year still existed, with many expressing a desire to utilise their sewing skills and find stable employment.

Returning to London re-energised, Leah went back to working as a PA in the finance industry, where she spent the next two years saving to set up her own business. This was to have a dual goal - to produce truly warm luxury women’s coats (which she could not find in London), as well as providing much needed further training and stable employment for Cambodians in Siem Reap.

Drawn to Holi, as a brand name, Leah felt that the Hindu festival of colour (regarded as a “time of change”) provided a nice linkage to the seasonal nature of Holi’s product, the social development she was hoping to achieve in Siem Reap, and her goal to “inject colour” into the UK market.

With no sewing or design background, Leah quickly sought to hire a designer who would channel her vision for Holi - “modern, sleek, warm and no fuss” - and be able to divide their time between Cambodia and London. After placing advertisements in a variety of publications, Leah was overwhelmed by the response, but on meeting Zoey "trusted her gut" and hasn't looked back.

To assist her designer, Leah also hired six Cambodian women with the requisite sewing background, and who she felt would be good role models and the right fit for the business. This was challenging as both the managers came from "fast fashion" factories in Phnom Penh, and were used to producing products very quickly but not always to the standard that would be required of a luxury brand. The difficulties in translating why quality was of paramount importance meant that practice samples were sent back to the team repeatedly over 6-12 months until garments were interchangeable, and suitable for production.

Differing employment ideals also meant Leah had to tread a fine line between providing fair recompense and Western style working conditions for her employees, without being seen as a "mug" and losing the respect of the local community. However, she acknowledges this has been one of her greatest successes, and has watched proudly as two of her employees recently purchased their first passports – something so often taken for granted in the West but beyond the scope of many Cambodians.

In a country where every second project is a charity, many expats in Cambodia were initially unsupportive of Leah’s plans to run Holi as a profit making business, as she was seen to be pushing the boundaries and questioning the “norm”. In Leah’s own words - “profit was seen as a dirty word and we were accused of not wanting to help the poor”. However, despite this Leah persevered, and over time it has been shown that these fears were unfounded, as the project has resonated well with locals.

Despite the hurdles in building her business, Leah has a strong support network including her husband, a silent investor and her mentor – a former boss who “understands [her] way of thinking”. The latter was also instrumental in encouraging Leah to join the NZBWN, who she credits with broadening her connections, helping her better understand customers’ expectations, and providing an unlimited supply of enthusiasm and support.

After the launch of her website and brand on the 2ndSeptember 2015, Leah has stepped back from the day-to-day operational side of Holi Studios (handing it over to one of her local managers) and is now focused on building the brand, better understanding her customer base, and identifying the right outlet for her product. Currently, Leah is seeking to market her brand to higher end department stores and boutiques, but admits it has been difficult to get in front of people. However, she feels confident that her manufacturing arm will be pivotal in swaying the stores, as unlike many new brands Holi can produce a consistently high quality product and supply it within the timeframes required.

Leah also wishes to continue to grow the brand with plans to expand into Scandinavia (where she finished her schooling) and the European market in 2016, whilst slowly increasing the size of her team, facilities and production in Cambodia.

A firm fan of Karen Walker’s quirky yet feminine style, Leah is always keen to emulate this in her own designs, whilst also aspiring to Everlane’s (US occasional wear and basics) model that is transparent around the costs to make a garment, as well as the manner and location of its production.Most recently, the Sliced Kimono coat (incidentally, one of Leah’s favourites) from Holi’s Autumn/Winter 2015 collection has been attracting the admiration of UK bloggers -http://stylonylon.com/2015/09/the-maxi-coat.html,
http://thestylistandthewardrobe.com/a-coat-as-soft-as-a-cloud-hello-holi/,http://lifeofyablon.com/holi-a-premium-fashion-brand-with-a-conscience/- receiving rave reviews and being lauded “as soft as a cloud”. It seems with credentials such as this, and the move towards transparency in the fashion industry, it will only be a matter of time before Leah receives the recognition and success she so richly deserves.

Grab yourself a freshly brewed cup of coffee & enjoy a wonderful morning online (Saturday 10 October) with a bunch… https://t.co/mT9HZ90F3c

Want to improve your productivity and work/life balance when working from home? Join our masterclass with Organisat… https://t.co/EPFGS36M8g

Kiwi favourite Crosstown Doughnuts will get you through the week with their delicious doughnuts, dough bites, ice c… https://t.co/gBmmjhaGrq