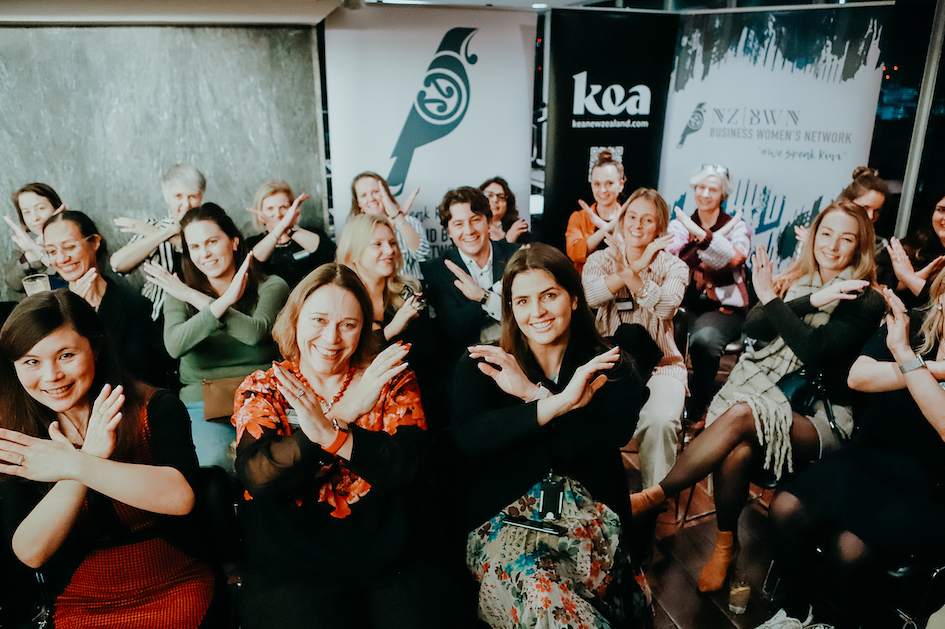 It was an evening to celebrate progress, as well as discuss what’s yet to be achieved, as 120 Kiwi women gathered at New Zealand House for our International Women’s Day event.

Run by the New Zealand Business Women’s Network and KEA, this year’s event shone a spotlight on Kiwi in sport, featuring a formidable panel of sportswomen to explore the IWD theme for 2022; #BreaktheBias.

With views of the London skyline as a backdrop, the audience was kept refreshed as they mingled, with beers from Wellington brewery Yeastie Boys and gin and tonics from Cardrona distillery. Kiwi themed nibbles prepared by Rhonda Scott of Escence catering were handed around before the panel discussion got underway.

Leadership coach and writer Mary Fenwick was our MC for the evening, steering the conversation between our panelists; Katie Sadleir, Rebecca Smith, Sene Naoupu and Jonelle Price, and facilitating questions from our audience.

Getting the ball rolling, Katie Sadleir, Chief Executive Officer of the Commonwealth Games Federation and former synchronised swimming Olympian, spoke of challenges she overcame in her former role at World Rugby.

Just a year after starting as General Manager of Women’s Rugby, Katie oversaw the appointment of 17 women to the World Rugby Council, which had previously been made up entirely of men. Next on the cards was dropping gender from the names of the rugby world cups. The purpose of this, Katie said, was to make a statement that they’re equally as important as each other

Speaking to our theme of the night, breaking the bias, Katie said “big girl pants moments” were crucial in the process of implementing change.

“If you feel something isn’t right, it likely isn’t right,” she told the audience. “You need to call things out, and if you don’t, they will always be there.” 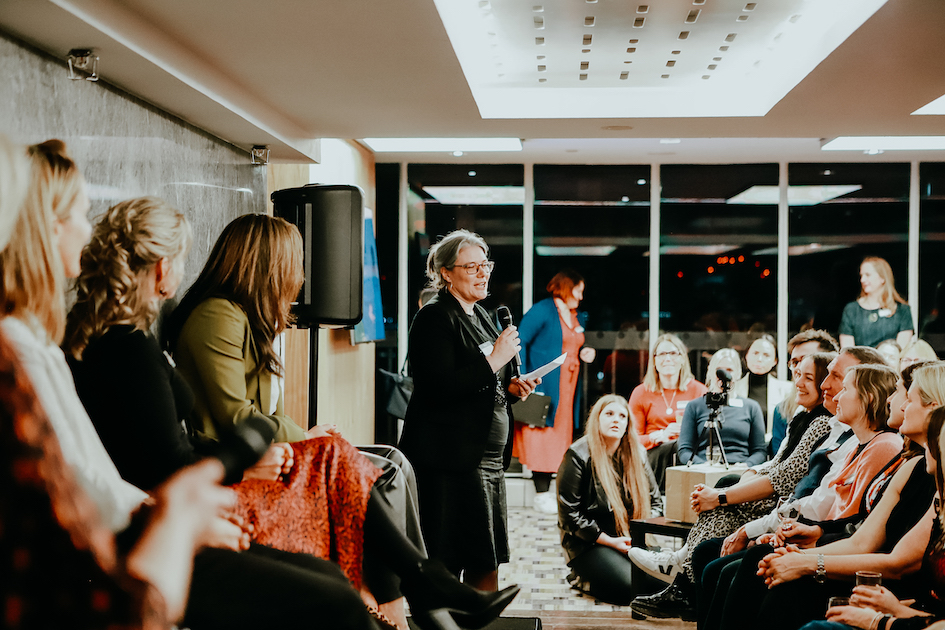 Sene Naoupu, a Kiwi rugby player, sports administrator and rugby analyst, spoke of the importance of leadership roles like Katie’s being filled by women, to improve the visibility of women in sport.

Galway-based Sene moved to Ireland back in the late-noughties with her husband, rugby-playing George. Not one to stick to the sidelines, Sene also launched herself into the rugby scene and went on to play in the Ireland team that won the 2015 Women's Six Nations Championship.

While there are undoubtedly still barriers to break down, Sene talked of the importance of celebrating achievements, of “pausing and reflecting on how far we’ve come as a global sisterhood”.

While none of our panelists were strangers to such achievements, panelist Rebecca Smith was prompted by a question from the audience about resilience, to speak about growing from the “low moments”.

Rebecca, who captained the New Zealand football team through a World Cup and Olympics is also a three-time champion with VfL Wolfsburg, having helped the team win the UEFA Champions League, German League, and German Cup.

Rebecca has experienced her share of difficulties and said most of her life has been spent fighting against the existing systems “because sport has been created by men, for men”.

After stepping into the role of FIFA’s Manager of Competitions and Events for the Women's World Cups, she has fought tirelessly to get better representation for women in the sport.

Jonelle Price, an equestrian from Motueka who won the bronze medal in Team eventing while representing New Zealand at the 2012 London Olympics, also had her piece to say about being resilient in the face of adversity.

While eventing is a somewhat unique sport, being one of the few in which women compete on the same level field as men, Jonelle has still encountered gender bias. Having a tight-knit team around you to fall back on for support helped, she said, as did the ability to put something behind you.

As Mary brought the panel discussion to a close, our audience were left with plenty to discuss amongst themselves.

New Zealand Business Women’s Network chairwoman and founder Bronwen Horton said a point of discussion that resonated with her was about the need to build the right infrastructure for women to break biases and implement change.

“Everyone has a part to play,” she added. “A lot of us don’t play sport anymore but we can help in the sense of taking on board director roles and that sort of thing.”

The crowd of women (and a few men) left with a good dose of inspiration, having made a raft of new connections. And the departing message? Support our Kiwi sportswomen!